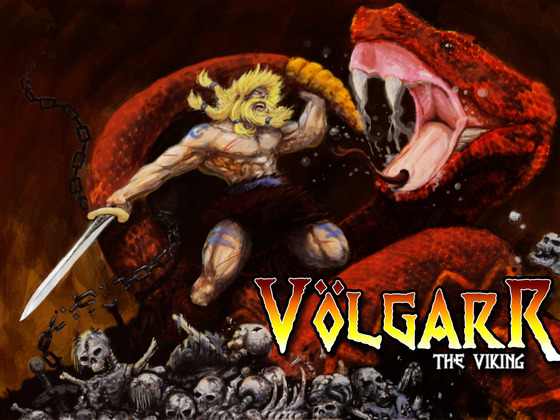 This game is paying tribute to many loved games from the 16bit gaming era. Crazy Viking Studios have taken a look back at some of their favorite video games and are currently busy crafting what is shaping up to be an unforgiving, finely tuned action packed platformer.

I found Volgarr the Viking when it was a kickstarter project and as a supporter I’ve been allowed access to pre-alpha builds and I know first hand how good this game already is. Even before it hit the alpha stage of development the mechanics for Volgarr were excellent. Using a Logitech F310 Gamepad I felt entirely in control. Walking, jumping, double jumping, sword swings, spear throws, blocking, dodge roll, downward stab and powered up attacks are all easy to execute and important to master. When I died (and I have failed Volgarr a lot) it felt like my fault and not poor mechanics or bad hit detection or sloppy design. Each time I died I knew I could do better the next time.

Does anyone remember Super Ghouls & Ghosts, Rastan and Castle Vania? Of course you do and so do the developers from Crazy Viking Studios. These three games are where they are drawing a lot of their inspiration from. I say inspiration because Volgarr the Viking really does feel like a labor of love.

The following game play is the first video that Crazy Viking Studios have allowed to be shared to the public. This recording was made by Nintendoingit, another Kickstarter Supporter for Volgarr. This was not made for marketing it is just a gamer enjoying Volgarr the Viking.

While this Kickstarter project was running anyone could have pledged $10 to receive a copy of Volgarr the Viking when it’s complete. And I’m sure at release you’ll still be able to get it for a similar price. Which I personally feel is wildly inexpensive for such a great game. But I didn’t spend $10… as if personally tailored to me the Sega Dude, Crazy Viking Studios offered a Sega Genesis mock-up case, cart and manual of Volgarr the Viking. So even though this mock-up will look like a complete Genesis game it will never be able to play on any Genesis or Mega Drive. But even still I could not resist and I have backed this project for $150. And when my mock-up Genesis game arrives it will be going into the collection. Below is an early example of what they had in mind: 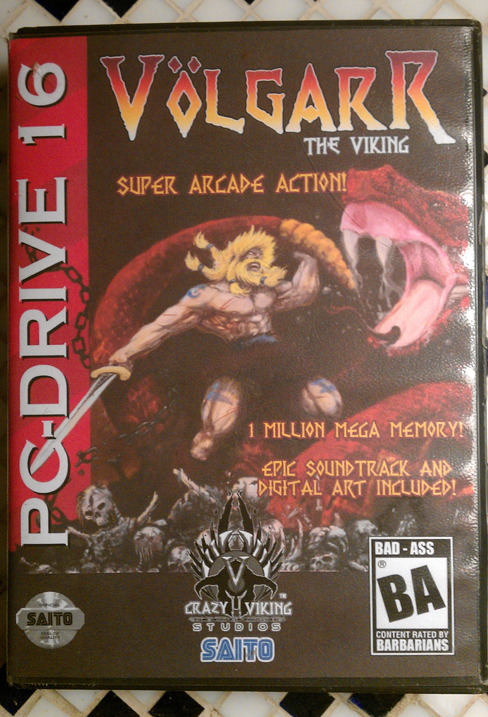 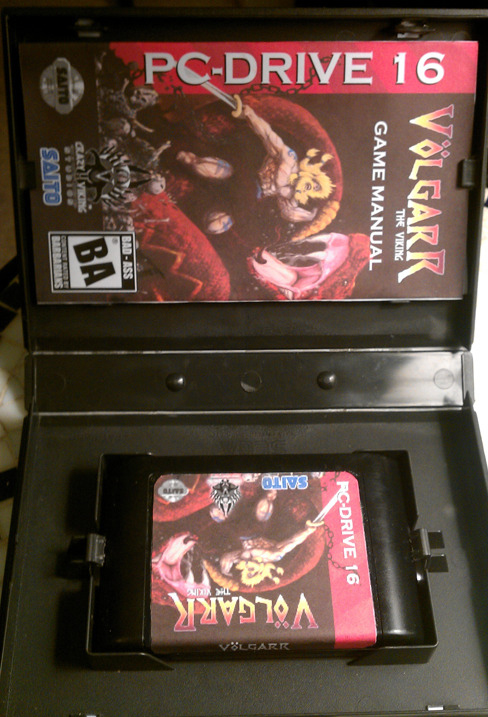 Volgarr the Viking has an estimate release date set for February 2013. 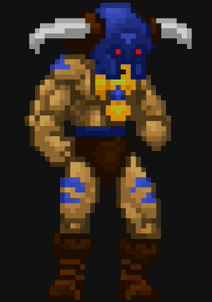