I found a nice surprise in my mailbox this morning from Super Fighter Team. Brandon Cobb is releasing two games for the Sega Genesis / Mega Drive. And they are available for purchase right now.

I actually have Magic Girl (cartridge only) and after reading Brandon’s comments I think Magic Girl might have been an unlicensed game when it was first released for the Mega Drive. 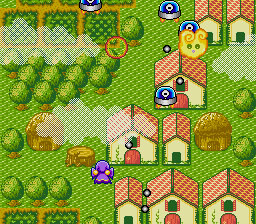 “It is a harsh reality for Ling Ling, whose heart is filled with sorrow over the suffering of her people. But there is no time for tears, as she must rush to avenge the fallen. Only with your careful guidance will she be able to prevail over the enemy and restore her planet to a semblance of its former peace and prosperity.”

My version is not translated and doesn’t have the bug fixes offered by Super Fighter Team and it doesn’t have a case or manual. For me this was enough reason to purchase a copy. In my short gameplay example above I managed to get to level 3.

I didn’t notice any bugs unless performance qualifies. There was no flickering or slow downs but it felt like the frame rate was too slow or the refresh wasn’t adequate. I’m sure if those terms apply but something felt a bit off. I’m having a hard time describing what I experienced while playing.

The game is not very polished. The sound effects for both your rapid fire shot and sound played when you get hit are annoying. The graphics aren’t great but they’re OK and the boss fights are a bit simple. Not simple as in easy but there isn’t much variety in what they do. And the levels felt too long for what little variety they offered.

You can grab a bunch of different power-ups including a mega blast that hits everything on the screen. This ‘bomb’ is something to save for when the screen gets a little to cluttered with enemies. You might have noticed that I wasted one of my blasts right at the beginning as I was figuring out which button does what.
*Hold A for rapid fire shooting and B for your mega blast/bomb.

If you love collecting retro video games then consider getting Magic Girl. If you just love playing great games take some time to think about this one. It might not be for you.
We all know how rare it is for games to get release for retro systems so for me personally I do like buying them whenever I can.

I really don’t know what to think about Cascade. It’s a puzzle game with 7 levels and a two player competitive mode. Sounds great but from the one screen shot I’ve seen I suspect that it might not be very good.

However, I purchased Cascade because like I said, it’s not often games are released for retro consoles and I’ve been very happy with Star Odyssey and the Legend of Wokong. Both releases from Super Fighter Team for the Genesis / Mega Drive.