This is an exciting day! Something that started way back in July 2011 has at long last materialized. At the time, I had no idea that this venture would arrive just in time for Phantasy Star‘s 30th Anniversary, which by the way is today, December 20th. But it has, and in the end, what took just about six years to create was very much worth the wait.

I’m really hoping this will be absolutely jaw dropping for all of you Phantasy Star fans out there. If this has just a fraction of the impact on you that it did on me, then I believe you’re in for a real treat.

It took a while for my brain to register that my very close friend from childhood had become an exceptionally talented artist. Even when I first met Kalman back in Junior High School, he had already set himself apart as exceptional. His bedroom was spilling over with amazing hand drawn characters plucked straight from his imagination. I was totally entranced by the lore of his creations.

So many years later, sometime after he created both my Sega Dude avatar and our mutual friend’s Nintendo Joe avatar, I realised  that I had to really tap into this in a bigger way. So I commissioned Kalman to create a Phantasy Star poster. The idea was really exciting because I knew he loved Phantasy Star as much as I did. We both played Phantasy Star together a lot when it was new and we still cherish the game today. I knew he would be eager to take on this challenge.

Below are a few of the early concepts of the poster. The first on the left was to give me an idea of what Kalman had in mind. Showing the basic placement and pose of each character. And the second showing just a few more details. 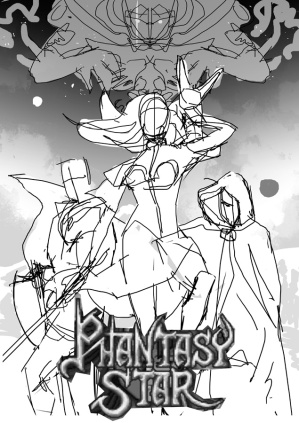 I really wanted to help share and promote Kalman’s Phantasy Star poster so I reached out to two very well known youtubers who I knew for certain shared our love for Phantasy Star.

I was thrilled when Coury from My Life in Gaming received the poster and genuinely seems to love it as much as I do. He sent me the picture below of his Phantasy Star poster after he had it framed and mounted on his wall. 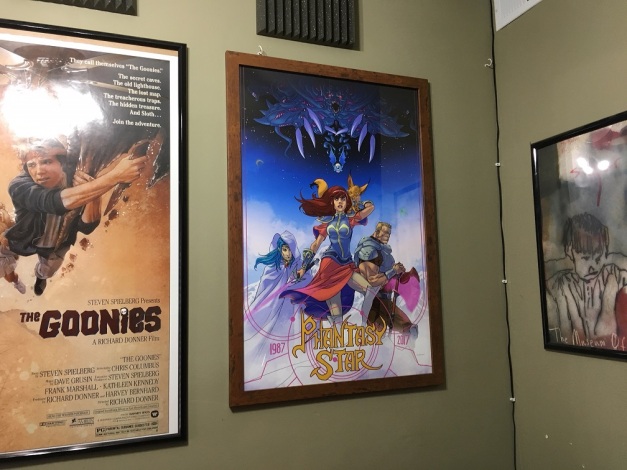 He went all out and even recorded an unboxing of the poster on Periscope which you can watch right here: Coury, My Life in Gaming Phantasy Star Poster Unboxing 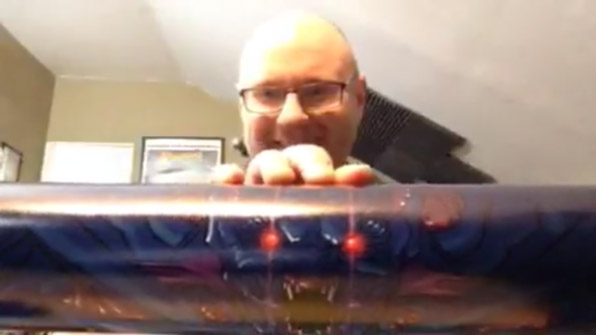 It was really fun to see his reaction to the Poster. Thank you Coury!

I was also hoping to send this poster to the HappyConsoleGamer as well but he doesn’t have a PO box and understandably he wasn’t prepared to give out personal details. If the chance arises I’ll fire one his way.

I’d love to hear thoughts and impressions from anyone who feels like sharing. Everything from what you like, what surprised you and right on through to any constructive criticism you might have.

I am so thrilled to have all new artwork with a fresh interpretation of what is my all time favorite video game.