At a very slow but steady drip our beloved Sega Genesis and Mega Drive game library is still growing. And this latest addition looks like it could be something special.

Xeno Crisis by Bitmap Bureau is a current Kickstarter campaign which was fully funded within it’s first 40 hours. But don’t you worry there is still plenty of time to get in on the action yourself.

Head on over to Kickstarter right now for all the details. If you want to stick around I’ll share some of the highlights right here.

The screen shot below speaks for itself. This does not look like any Homebrew game. It looks amazing. Before I knew for certain that Xeno Crisis was being built specifically for the Sega Genesis and Sega Mega Drive I thought the graphics looked too good and this must be destine for PC or modern console as another retro inspired video game.

It certainly is retro inspire but it is also for certain going be on cartridge for play on your Sega Mega Drive and Sega Genesis video game console. And if that is not enough it’s getting a port for the Sega Dreamcast as well.

“Xeno Crisis is a new, original title for the Sega Mega Drive / Genesis which will be released both as a physical cartridge and also as a downloadable ROM. At its core, it’s an arena shooter that takes inspiration from the likes of Smash TV, Contra, Mercs, Granada, Alien Syndrome, Zombies Ate My Neighbours, Chaos Engine, and Shock Troopers.”

In addition to the inevitable running and gunning (with optional two-play co-op) this game is going to throw our way it has a lot more going on. Spending ‘dog tags’ collected from the guts of fallen Xenomorphs will allow you to upgrade your Marine. This includes increasing your Marine’s base stats and extending the carrying capacity of a variety of different items. 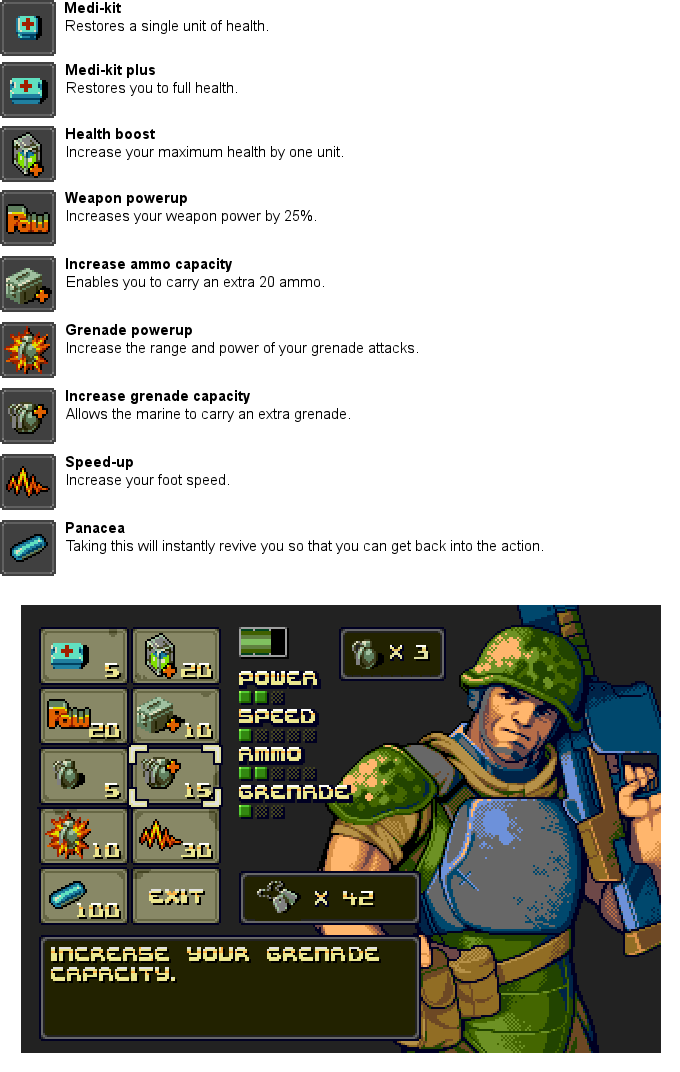 “The player has several weapons at their disposal, but ammo is limited so the player must constantly be on the move, grabbing new weapons and extra ammo as they go. When a room has been cleared of all hostiles the player can choose which exit to take, with the aim being to rescue any of the colony’s inhabitants who might still be alive, and then progress to the area’s boss. There are 5 areas in total, each with their own enemies, hazards, secrets and gameplay nuances.”

And what weapons are at your disposal? A grand total of 9 unique guns in addition to grenades. I feel this will add a lot of variety and fun to the game.

I am hoping for a bit more variety in Xenomorphs. Currently there are four different types. But the game is still in it’s early stages and maybe we’ll see more as development continues.

Have you been noticing how fantastic the graphics are in Xeno Crisis? Yeah, I have too. And there’s a good reason for it. Exceptionally great talent is at work here. 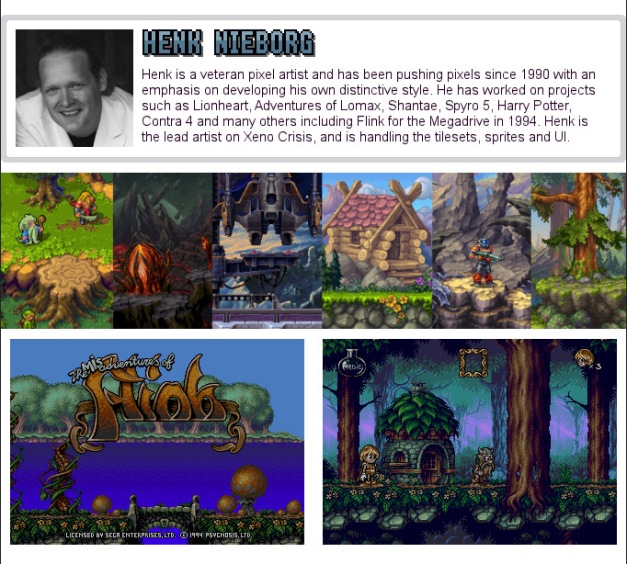 Of course sound is also very important and it is also getting the same treatment.

“The focus of Xeno Crisis’ gameplay is the intense combat which pits you against thousands of alien enemies – the player takes control of a battle-hardened marine who is able to move and shoot in 8 directions, and can also perform an evasive roll to get out of tricky situations. If things get really desperate then the marine can also use a grenade to destroy anything near him, giving him a brief moment of respite.”

If all this hasn’t won you over then I have no idea how you landed on my corner of the Internet and got this deep into my post.

Come on in for the big win! Head over to Xeno Crisis on Kickstarter and pledge for your own copy while there’s still time.