It`s exciting to see that Watermelon Team, the creators of Pier Solar, are not slowing down and still firmly entrenched in making the 16-bit gaming era new again. The Watermelon team is currently working on a Game Guide for Pier Solar and the Great Architects.

There`s currently no ETA but from the small teaser seen below it`s obvious that they`re well on their way. 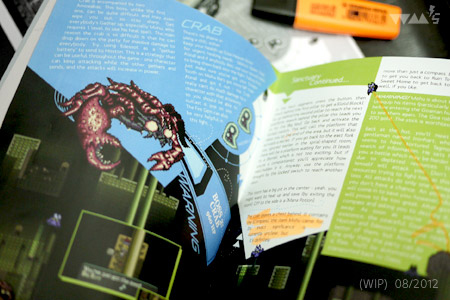 In addition to the game guide Watermelon team has been busy working on a new entry for the Sega Genesis/Mega Drive. Currently known only as Project Y this new game will be styled after classic Genesis Beat’em Up games like Streets of Rage with some RPG elements woven in.

There are very few details so far but based on the quality of Pier Solar we have every reason to be excited about this up-coming game. Specially after sampling some of the lore behind this new entry:

“Project Y takes place in a post-apocalyptic world, set in an Asian high-tech metropolis. The last survivors of the nuclear war are divided into several classes, where the most powerful have the others by the balls. This has divided the governing bodies into several fractions, where ethnic mafias and a corrupt corporation are just a few of them! As you can see, this story is filled with many possible scenarios. It will demand lots of exploring and several playthroughs to get everything out of it.”