So my Sega Dreamcast just got a healthy injection of post-Dreamcast-era games. Thanks to Indie developer NG:DEV.TEAM I now have Gunlord, Fast Strikers and Last Hope which were ported from their original platform on the Neo Geo AES and the Neo Geo MVS.

Despite hearing very good things about Gunlord I kept passing on the Dreamcast version which was previously selling for about 50 EUR. Which is radically cheaper than the Neo Geo versions which sell for about 400 EUR (~$440 USD, $574 CAD).

After what must have been months I finally I snapped out of crazy and I surfed my way back to ngdevdirect.com to get a copy only to realize that it was gone…

Some time has passed since then and Gunlord has returned in a bundle with Fast Strikers and Last Hope. By the time I found this bundle the original price was reduced from 102 EUR to 79 EUR and I knew it was time. Even though I was really only after Gunlord I felt that the extra money for two additional games was worth the risk considering I have never played any these titles before.

In addition to a more attractive price the cases were changed from the original DVD cases to really beautiful jewel cases that make this release look just like original Japanese Dreamcast games (Complete with a manual and a transparent spine). Inside and out all three games really do look fantastic. 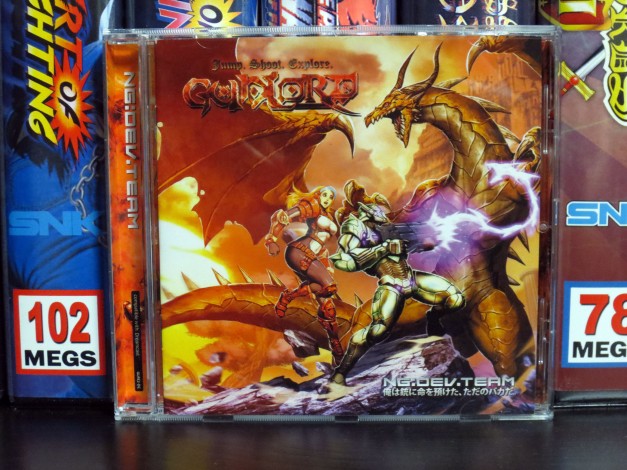 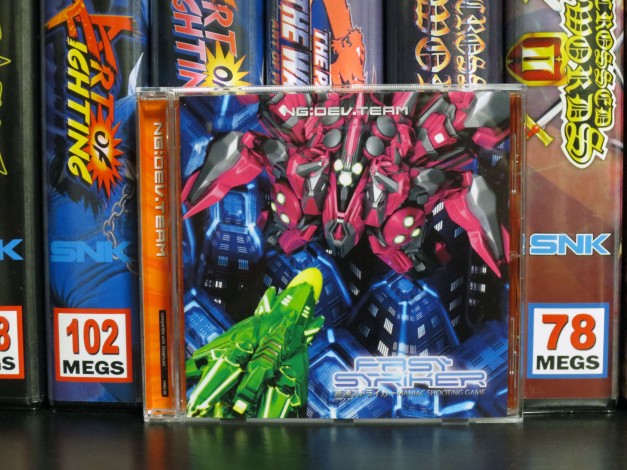 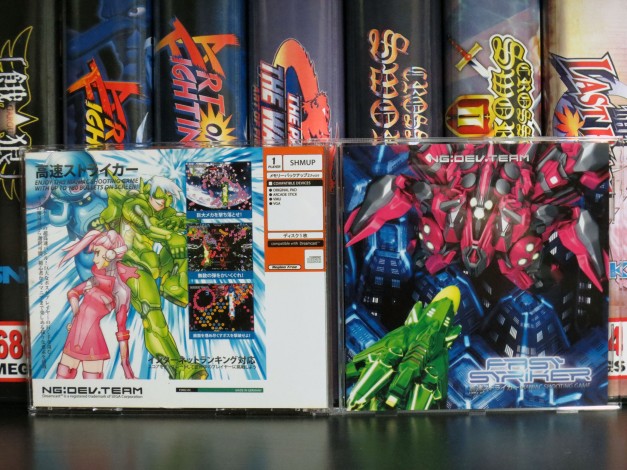 So far I have played one of these new additions, (the main event) Gunlord. Before owning the game I was unsure of the quality and hopeful it would be a cool platformer. I was even more worried that it might be much too hard consider it’s heritage of coming first from the Neo Geo.

My first experience with Gunlord was really awesome. It is a really fun ‘run and gun’ platformer. It is not too difficult and a blast to play. You get a health bar, extra lives and a bunch of continues. The controls are perfect and you have a very good variety of weapons and skills. Everything is there to have a really enjoyable experience your first time out while at the same time veterans will have a serious challenge on their hands if they’re looking for a crazy high score or a 1CC (One Credit Clear).

Have a look at this Classic Game Room Review to see Gunlord in action: