Water Margin a Tale of Clouds and Wind

The video game ‘Water Margin a Tale of Clouds and Wind’ was originally an unlicensed game for the Sega Mega Drive released in 1996, exclusively in Asian regions.

Piko Interactive has recently translated the game into English and is currently selling Water Margin for $55 USD plus shipping. That’s complete with cartridge, case and manual. You even have the option of cart only for $40 but don’t do that 😛
I have already ordered a copy for myself and hopefully the the quality will rival the caliber of a Super Fighter Team or Water Melon release.

I first discovered Water Margin by it’s original name ‘Shui Hu Feng Yun Zhuan’ about two years ago when I bought a loose cart for $15 USD. At the time I had no idea what to expect from the game and when I started playing I was really surprised by how good it is. The gameplay feels very much like Golden Axe except the theme is set in feudal China. There are even three selectable characters and it’s also a two player game. The combat and magic system are a bit more simplistic than something more polished like Golden Axe (or other licensed Sega Beat’em Ups) but the game is worth playing. And despite feeling a bit repetitive it’s a good length and it will provide a good challenge.

Below is my first time playing through level one.

If you enjoy the Beat’em-Up genre I really do recommend this game. Complete with awesome amateurish artwork that really fits the era of gaming it came from 🙂 I could not ask for more! 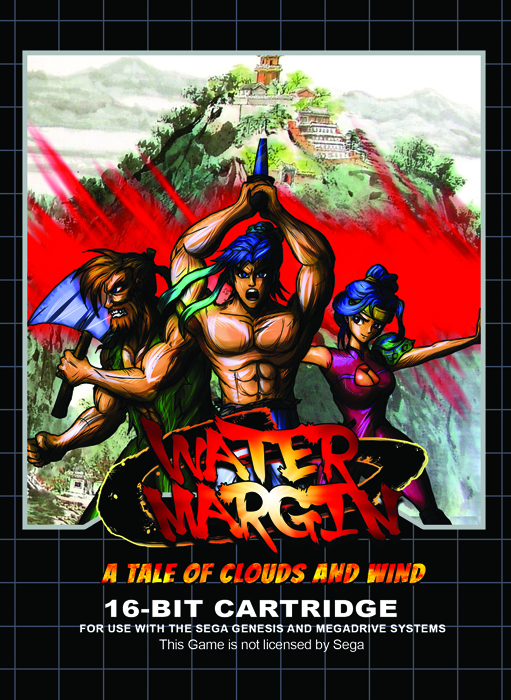 Cover Art for the new 2015 release of Water Margin a Tale of Clouds and Wind.

8 comments on “Water Margin a Tale of Clouds and Wind”