THQ Nordic Barcelona is asking Gothic fans if they would like a remake of the cult classic video game Gothic.

What is Gothic? It’s the single greatest open world RPG ever. I’m pretty sure Elder Scrolls thinks it’s the champ, but if so, it would be mistaken.

Gothic 1 was released Nov 2001 in North America and along with Gothic II (Nov 2002) and Gothic 3 (Oct 2006) they have stood the test of time and remain my favourite open world video games. 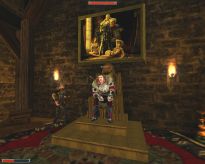 About the THQ Nordic 2019 playable teaser:

“This is not a full game. Its a playable teaser version to a potential approach for a new Gothic game. Nothing is set in stone.

So your feedback is essential to turn Gothic into a modern game. Therefore, and to reward your loyalty, Gothic – Playable Teaser is totally free for all fans who already have any of the titles in the Gothic saga or developed by Piranha Bytes [on the Steam platform]!” -THQ Nordic Barcelona

After hearing this news I immediately downloaded, played and completed the ‘Gothic Playable Teaser‘ and I find myself both excited and nervous.

I will start by thanking THQ Nordic Barcelona for offering the fans the opportunity to comment on the game so early in development giving all of us a chance to express our opinions.

It was an absolutely brilliant idea to release this very early demo. I believe that giving fans time to try it out and constructively criticize could very well save the day. 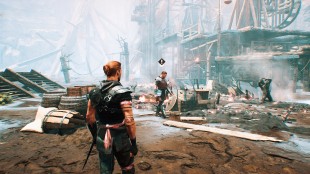 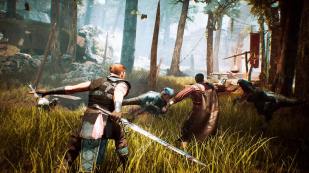 I’m going to try hard to stick with a few comments about the Gothic Playable Teaser and Gothic that I feel are most important.

1) The introduction to the Gothic Remake Teaser it terrible.

Instantly I felt like THQ Nordic Barcelona is catering to the masses. PLEASE do NOT turn Gothic into an approachable, high adrenaline, pedal to the metal cinematic event.

Please consider restoring the original introduction events. A punch in the face, a quick welcome from Diego and then you’re on your own. No one cares about our Unnamed Hero (who should NOT be nicknamed Rookie).

The incredible story of Gothic works because of it’s mystery and a slow burn to learn and understand what has happened. Don’t spell it out right at the beginning. And don’t treat our Unnamed Hero like he’s something special.

‘I have a scroll that I can chose to deliver and it’s worth something… now go off into the world.’

2) Combat has potential but it’s not good yet. Get rid of ALL the User Interface (UI) for combat. Don’t lock onto an enemy. If I need to change targets I can turn and face the new target. Don’t show arrows and flash things to tell me when to parry. Let the AI animation give me the information I need. Let me see two enemies and be very concerned about the situation.

3) Less is more. Keep all UI out of sight as much as possible. I don’t want to see my life bar or my stamina. I’ll learn my limits as I play. Make the Unnamed Hero pant as he gets close to exhaustion. Have him hobble has he gets close to death. Don’t break the immersion. Or at least keep them very minimal.

Save cinematic scenes for only the most important moments… and keep them few. Don’t break the immersion.

4) The Unnamed Hero in this demo sounds like a modern day Londoner and he talks too much. Less is more. Don’t break the immersion.

5) Keep the old XP and training system. I love getting physically stronger as I level but I also love having to find a trainer to show me how to swing my sword more effectively. It feels real and natural. New armour should remain a huge accomplishment.

From what I’ve experienced so far my thoughts on this teaser demo are ‘please do not try to re-imagine Gothic’. But instead just modernize the engine and graphics and maybe (maybe) add a few new quests. Then I will play your Gothic remake and love you for it. And then I’ll be hungry for a Gothic II and Gothic 3 remake.

I know this post is a deviation from the normal 8-bit and 16-bit goodness that I talk about here at Retro Megabit but Gothic is very important to me and I really want this remake to succeed. My excitement and anticipation are through the roof!

Any other Gothic fans out there? I’d love to hear your thoughts even if they differ from my own. Lets have at it! 🙂

–Edit–
Below is an addition comment I left on Steam as the idea of a Gothic remake continues to peculate in my head:

Please do not give the player the option to turn gameplay features on or off.
No combat assist, no ‘perk’ to highlight near by resources, no icons flouting over NPC’s indicating their strength relative to the player.

And above all NO mini map. The unnamed Hero needs to find his own map… a real map that does NOT show his current location on the map. Build a world where the player will learn their way around. A world so well crafted that each road, forest, hill and field are unique enough that the player will learn their surroundings. Instead of staring at a mini map in the top right corner of the screen.

Do NOT say “oh, you can turn these off if you don’t want them”. When I hear that I know right away that the game/world is not good enough on it’s own without these crutches.

The game needs to be hard. Doing small jobs for people in the towns will feel important if going outside of camp is so dangerous.

Gothic needs to be hard. If you insist on making different difficulty settings make them much harder than the default; which will be hard in it’s own right.